The first proto-baseball cards emerged just as baseball was beginning to take hold as a professional and semi-professional spectator sport immediately following the American Civil War. 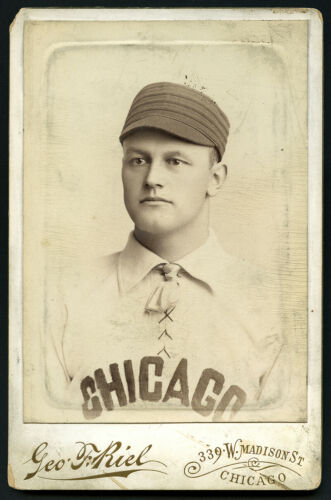 In the late 1860's, Peck & Snyder sporting goods began using a form of baseball cards as advertisements (“trade cards”) for their products with players and teams on one side and an advertisement on the reverse. These cards were printed in large enough quantity and distributed widely enough to be considered some of the first modern baseball cards. Called “trade cards,” they were an advertising card to be given away, rather than being sold with a product.

In the 1870's to the 1890's, trade cards were popular forms of advertising, with baseball themed cards accounting for only a small portion of all trade cards. Trade cards depicted many subjects, including wild and domestic animals, athletes, entertainers, and even presidents and historical figures. Some baseball trade cards were comics, depicting baseball players and games in humorous situations. Often, collectors would paste trade cards into the pages of scrapbooks, as was a common hobby of the day, and many of these cards have damage, especially from paste or glue on the back, when they’re found today.

Tobacco manufacturers brought nationwide, mass-produced baseball cards to the public for the first time in the 1880s. Some issues from the 1880s through the early part of the 20th Century are among the most sought-after of all vintage baseball cards. Goodwin & Co., a tobacco company in New York, issued Old Judge cards, which included small picture cards included in packages of Old Judge brand tobacco. They produced these cards both to boost sales and as a stiffener for their cigarette packs. There were more than 2000 cards in this issue, with some new examples still being uncovered today. Other tobacco companies soon got in the game, creating interesting and attractive cards of their own. Allen & Ginter, Buchner & Co, and Mayo & Co., and Kimball all produced cards for their tobacco products. Most of these tobacco cards were smaller than modern issue cards, and many now command very high prices with collectors. Cards from Yum Yum Tobacco, S.H. Hess and Four Base Hits are exceedingly rare and can be worth a small fortune when found in good condition. Some of the most sought-after stars from this era include Cap Anson, Mike “King” Kelley, Buck Ewing, Charles Comisky and Charles “Hoss” Radbourne. 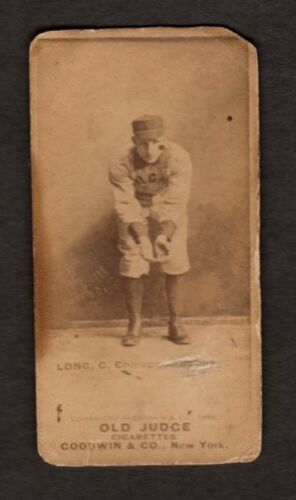 Unfortunately, by the late 1890's, many of these tobacco companies were merged under the auspices of the American Tobacco Company. With this industry consolidation in the U.S., the need to include promotional items, such as cards, in packs decreased. As a result, examples of tobacco cards from this era are quite rare.

In the early 1900's, the U.S. government aggressively attacked monopolies in many industries, notably the U.S. railroad and petroleum businesses. The tobacco industry was not spared from this anti-monopolistic fervor. The federal government successfully prosecuted the break up the American Tobacco Company monopoly, and with the splintering of this group into smaller independent companies, cards once again became a way to promote cigarettes, chewing tobacco and other products. The period from 1909-15 is regarded by many as the golden age of baseball cards and is typified by several popular issues, including T-205, T-206, American Caramel and others. Tobacco and candy companies of this era produced beautiful vintage baseball cards and some of the most legendary sets of all time.

The T-206 Honus Wagner is perhaps the most famous (and most valuable) baseball card ever produced. Due to a legal dispute, the Wagner card was removed from production before many were printed. Some estimate that only 50 to 100 of the card were ever produced, and pristine examples have sold at auction for more than $2 million.

Other popular issues are the T201 Mecca Double Folders, which can be folded and unfolded to depict different players, T202 Hassan Triple Folders, the large and beautiful 1911 T3 Turkey Red Cabinet Cards, 1914-15 Cracker Jacks and 1911 M116 Sporting Life issued by Sports magazine. Cards of the era were also produced by clothing makers, bakeries, game companies and many others and many collectors spend their lives pursuing the myriad of vintage cards from the era. Popular players from this era include Ty Cobb, Cy Young, “Shoeless” Joe Jackson, Christy Mathewson, Napolean “Nap” Lajoie and the great pitcher, Walter Johnson. 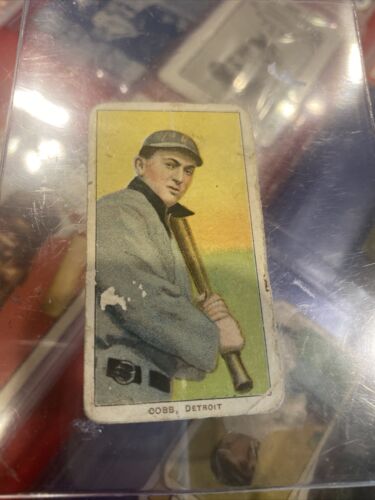 As America became involved in World War I in 1917, big tobacco exited the baseball card business. Candy and gum cards, however, rose to the occasion. These “E” (or early gum and candy) cards were issued by many caramel and candy companies. “Strip cards,” - strips of connected cards with perforated lines so the cards can be removed – were a popular format. Some collectors don’t find these cards as attractive as earlier tobacco cards and examples can often be picked up more affordably.

Boston-based Goudey Gum introduced its line of baseball cards in the 1930s. Goudey issues from 1933, 1934 and 1938 are among the most popular cards ever produced. With art as colorful as the larger-than-life stars they depicted -such as Babe Ruth, Lou Gehrig and Jimmie Foxx – Goudey cards dominated the Depression-era market. Other companies also produced popular cards - including 1934 Batter Up die cards made by the National Chicle Company, and 1933 Delong issued by the Delong Gum Company. 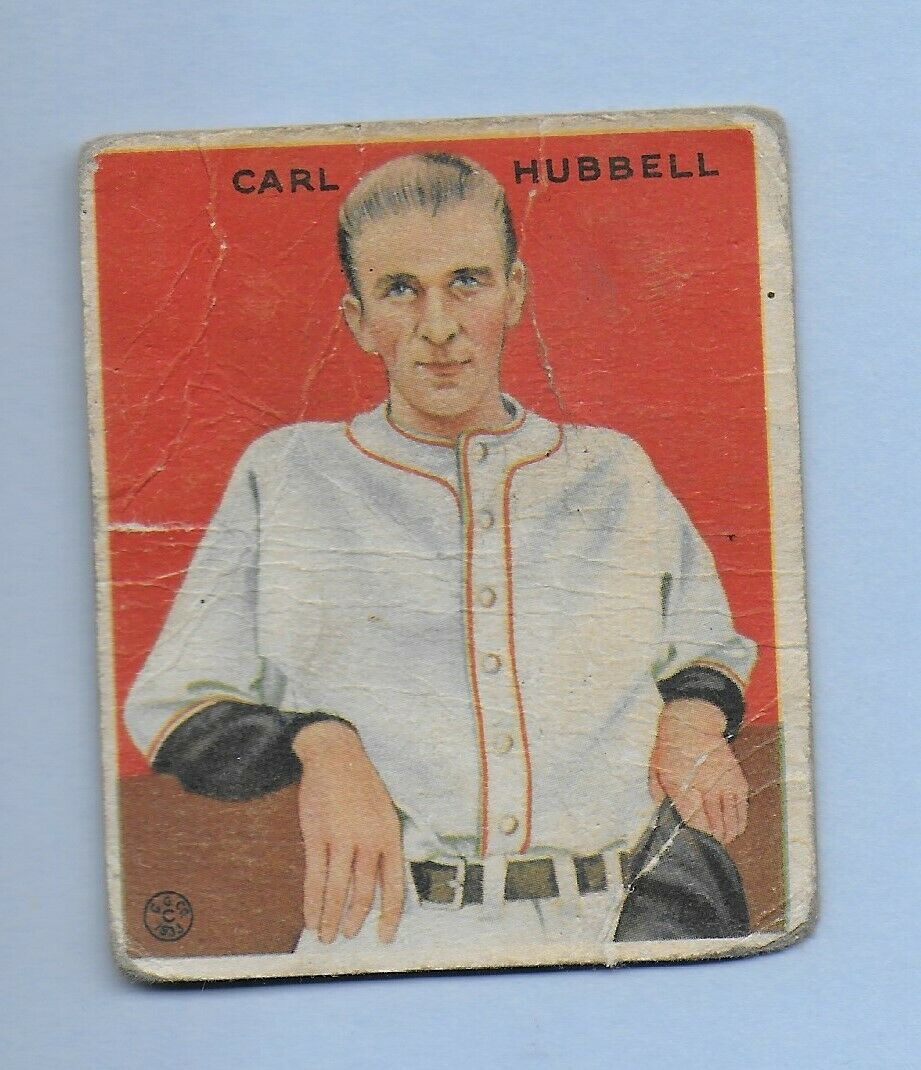 From 1939 to 1941, Gum Inc, produced Play Ball cards, including popular cards of Ted Williams and Joe DiMaggio. Play Ball cards are readily available for purchase in hobby stores and online today, and lower grade copies can often be picked up at relatively low cost.

The Second World War and resulting paper and ink shortages brought a close to this era of collecting. Few baseball cards were made from 1941-1947, and those that were produced were often of lower quality than in the past.

In 1948, Bowman Gum, the heir to the makers of the Play Ball cards, issued its first baseball set. These small black-and-white bubble gum cards gave rise to the baseball card industry as we now know it. As the years progressed, the quality of Bowman’s cards improved, with color art and photography being introduced. The 1951 Bowman set features rookie cards of both Willie Mays and Mickey Mantle. In 1948 and 1949, candy-maker Leaf produced a popular set that included many “short print” cards of popular players which still command high prices today. This includes a very rare rookie card of the legendary Satchel Paige.

In the early 1950's, New York-based Topps Chewing Gum entered the fray. Although Topps produced a small set in 1951 (Red Backs, Blue Backs), their first major issue in 1952 is regarded by many collectors as one of the greatest sets of all time. The large, colorful cards were designed to complete with (and outdo) Bowman’s smaller, more drab cards and are highly sought after by collectors today. The 1952 Topps Mickey Mantle is undoubtedly the undisputed king of post-war vintage baseball cards.

Topps ultimately won the baseball card battle with Bowman, purchasing their competitor in 1956 and creating a near monopoly on regular issue baseball cards that would last for nearly three decades, until Donruss and Fleer began producing cards in 1981.

Topps was known for its “test-issue” cards, often used to test the market for a new design or card format. Die-cuts, stamps, tattoos, pins, coins, posters, 3-D cards and other unique baseball and football themed products proved popular with young collectors at the time. Topps also produced cards for other companies, notably Hostess and Kellogg.

During the Topps era of the 1960s and 1970s, a few companies tried to make inroads into the business. In 1963, Fleer sold cards in packages with cookies, and in 1960 Leaf sold cards with marbles. Neither of these issues captured collectors’ imaginations (and nickels and dimes) in the way Topps did, though. Other “oddball” cards of the era include 1976 Crane's Potato Chip Discs, 1950's Armour Hot Dog Coins and the 1950's Kahns Meats cards.